Do you combine work with studying? Are you depressed about having a low paid work? Do you hate telling your friends what you do for a living? If you answered “yes” to these questions, don’t worry: Big-name writers started from unbelievably weird and underpaid jobs not related to their writing careers at all.

Before you start doing what you really love and dream of, you are sure to have to overcome a number of obstacles, and you’ve got to start somewhere. Instead of being distracted, read and get inspired by these stories of the humble beginnings of some highly successful authors. 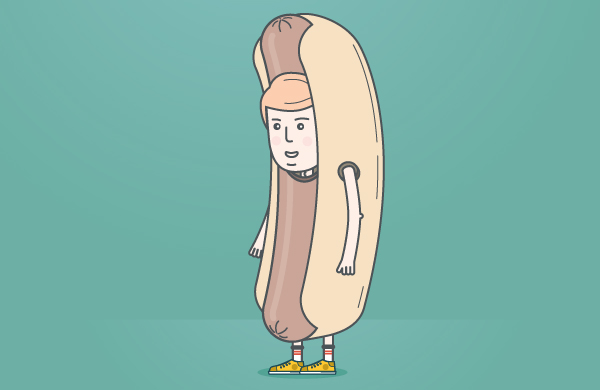 Joyce’s novels and poetry are filled with music: While reading his works you are sure to come across various musical references. It’s no surprise, as Joyce had musical talent – he had a tenor voice, played piano and guitar and composed melodies, and there was time when he earned his living as a performer.

Faulkner was not always a celebrated author. He made his bread working as a postmaster at the University of Mississippi. They say he was a reckless man who cared little or not at all about his work at the time.

Was inspired to write “One Flew Over the Cuckoo’s Nest” after working as a janitor in a mental hospital and volunteering for a CIA study (Project MKULTRA) when studying. He and other students participating in the experiment were given LSD or mescaline and observed so researchers could see how they reacted while on psychedelic drugs. After that, Kesey decided to share his wretched experience.

Was working as a car dealer for Saab (a Swedish car manufacturer). He combined managing the dealership with teaching – by that time he had already had two daughters and jumped at any chance to earn a living.

Worked as an entertainment director on the H.M.S Kungsholm (a Swedish Cruise liner). He was organizing activities for tourists so they wouldn’t get bored while traveling. Can you imagine Salinger being paired as a dance partner to lonely ladies? Well, that’s what he did.

Worked as a clerk for Eastern Air Lines and the British Overseas Air Corp in New York City. She had practically no time for writing, so she decided to quit her job and commit herself to literature. She ended up drafting “To Kill A Mockingbird,” which was published four years afterward and became one of the most successful books of all time.

Started a career in an advertising agency writing slogans for trolley placards. He and his wife, Zelda, were not satisfied by the bohemian life and low salary of his, so he devoted all his time to writing.

In spite of having a university certificate in English, he couldn’t find a teaching job after completing his studying. The only opportunity he had was to become a janitor in a high school. After his novel “Carrie” was published, he confessed that it was the job that inspired him to write.

Do you know what an “oyster pirate” is? That is a person who steals and resells oysters, and that is what Jack London was. Oysters from the West Coast used to be in high demand, and some people were willing to do anything to get them. Even in his novels London references oyster pirates a few times.

Had quite a severe childhood due to the need to earn money and get his father out of prison. At age 12, he worked in a shoe polish factory.

This author had an unbelievable amount of occupations before he got a job as a writer. Imagine Palahniuk as a dishwasher, movie projectionist, bicycle messenger, diesel mechanic, or assembly line mechanic for Freightliner. He had all those jobs before becoming a fulltime writer.