It’s not a secret for anyone, that a student willing to cheat on a test or exam is likely to be very inventive. No wonder that even automatic plagiarism checkers cannot scare them. Why? The Unicheck team found out that one of the simplest tricks played by a great many cheaters is character replacement.

How does it work in practice? A student chooses most frequently repeated letters, such as “a”, “o” or “e” in Latin and substitutes them either manually or automatically with their twins from other alphabet, for example Greek or Cyrillic. Yes, simple as that. Most similarity finders fail to spot these changes. Thus cheaters’ works will pass plagiarism tests successfully as if they were original ones. The goal is achieved.

That was the main reason why Unicheck decided to add character replacement detection to its anti-cheating functionality in the first place.

How Does Unicheck Identify Replaced Characters?

To better realize how Unicheck detects substituted letters, let’s illustrate the process with screenshots taken directly from the Unicheck user account. On the first screenshot below there’s a text checked by Unicheck. It was copied from the news site without any changes, that’s why our system found 100 percent of similarities and generated a list of the links to the sources the text could have been stolen from. 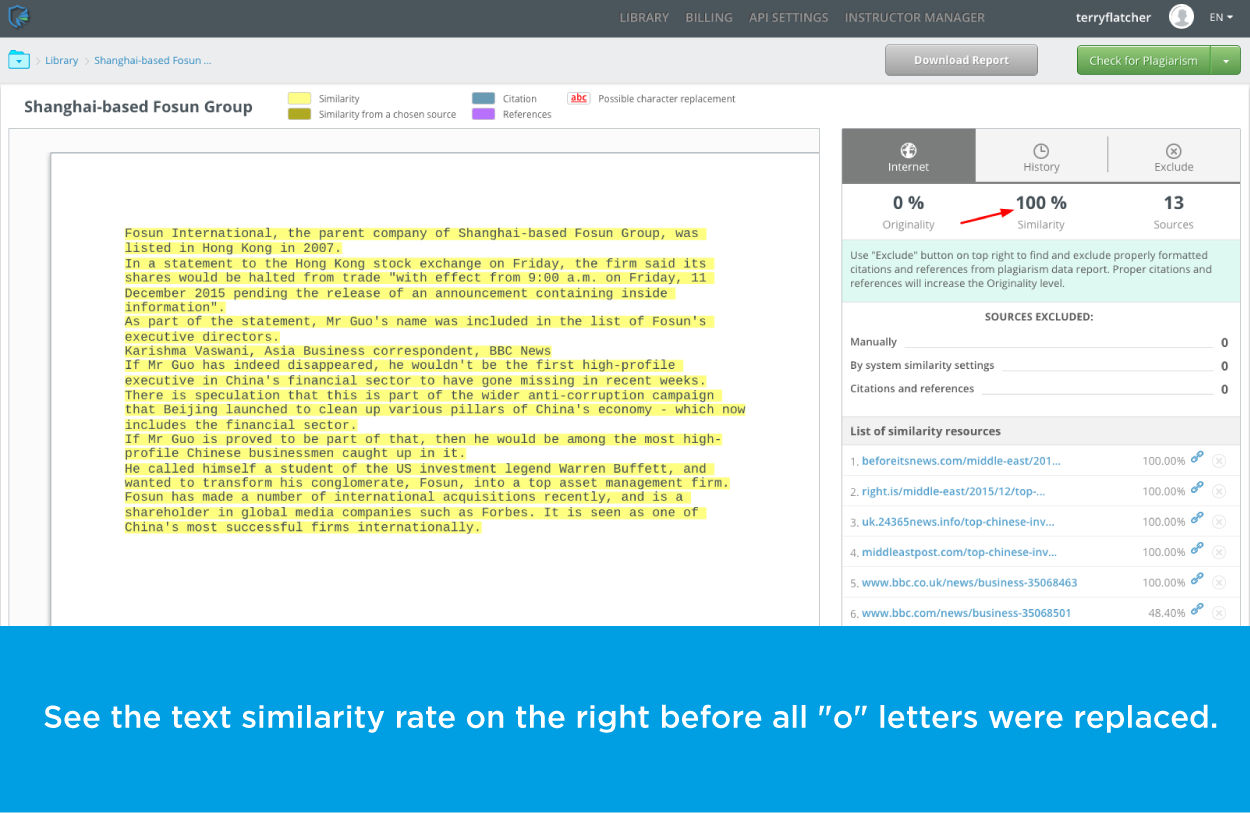 On the second screenshot there’s the same text with all Latin letters “o” being replaced with the corresponding Cyrillic ones. And as you can notice, they all are underlined. Additionally, Unicheck succeeded to determine all possible duplicated sources too. The similarity rate stayed the same as in the first screenshot, which means that crafty student plans are doomed to failure 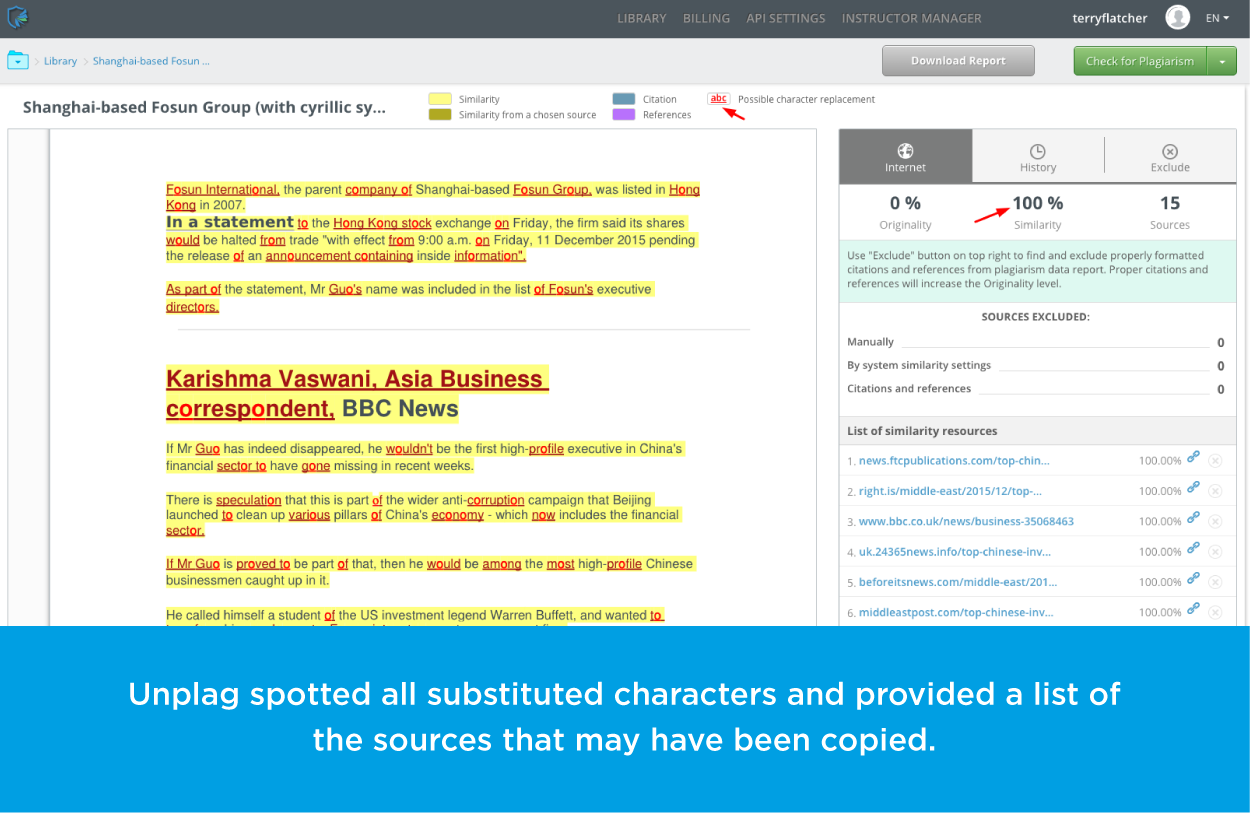 It is worth mentioning that Unicheck proved to spot replacement of characters from any alphabet (not only Greek, Cyrillic and Latin mentioned in the example above). Therefore every educator using the plagiarism checker can be on the safe side. And it’s just the beginning. The development team has scheduled a few more add-ons to make the anti-cheating system more efficient and helpful. So, let’s stay in touch!

How ITESM, a Mexican Legendary Institution, Teams Up with Unicheck to Automate Paper Checks